RTW: Shall We Compare Thee to...

Writing Song of the Day: "All the Same" by Sick Puppies

It's come to it again, our aces over at YA Highway have created yet another clever Road Trip Wednesday topic. This week, they are asking us for comparable authors/books to our own works.
I think we've talked enough about our manuscripts, Wants is Pam's completed manuscript written in four different POVs. It is a contemporary YA novel surrounding four students who end up connected in a very unlikely manner. My complete manuscript, (tentatively titled) In Limbo is a historical YA set during 1918 in Pennsylvania during the end of WWI and the flu pandemic. When faced with the question of finding comparable authors/books- I automatically want to just name my faves and pretend to be just like them....

Alas, that's not the question. So, here it goes!

Comparable to In Limbo: Fever, 1793 by Laurie Halse Anderson
How does it compare to my manuscript??
Fever, 1793 is written in first person POV, it is set in Philadelphia, each chapter starts with a date, the disease (yellow fever) is a monumental (almost a character w/in itself) one that killed numerous people in one city, and the young protagonist deals with the pitfalls of a disease that is destroying everyone in its path.
Comparable to my writing: Besides Laurie Halse Anderson (yeah, right- like anyone can say they write like her) I also want to write like Walter Dean Meyers (another big one- I know).

Both of the authors write historical and contemporary YA, they write character driven novels that put an emphasis on human emotion and allows the plot to come along for the ride. Also, both authors write about varying topics from slavery, rape, school shootings, racism, eating disorders, and the perils of growing up in general. 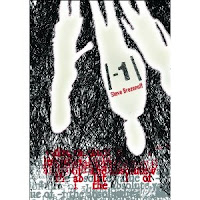 Comparable to Wants: The Absolute Value of-1 by Steve Brezenoff

How does it compare to Pam's manuscript?
Grief? First love? Pot? And multiple POVs? It's like Steve Brezenoff was in Pam's head when writing this awesome debut--no wonder she loves it so much!

Why??
Both authors write realistic fiction, they use authentic teen voices, and they use spare prose. In other words, they don't BS...they cut to the chase, while the managing to keep the writing beautiful!
So, tell us- what writer/books do you compare your writing to???
Posted by Marquita Hockaday at 8:00 AM

I love these comps-- I feel like I've learned so much about HOW you write.
Very cool!!!

I don't really think that any of my writing is comparable to other writers. Mainly because the writers I read, I really look up to. But I will say that look up to Joyce Carol Oates and Lorrie Moore. I don't necessarily want to write like them, but I'd definitely like to write as "deep" as they do.

Oh and Pam, You should totally submit that short story to Glimmer Train! I LOVE that one. I was thinking of submitting my short story Uncle Ruben. Quita's read it. :)

I love how y'all broke it down so we know exactly why/how your books and individual styles are like the comps. You know I am soooo wanting to read IN LIMBO (and FEVER, actually), and Pam - 4 POVs?! THAT is impressive!

I'm loving this topic, every post is fantastic! I'm so interested in reading so many of the WIPS I've been hearing about, including yours! I'm a history major, and morbidly interested in things like this.

Great comps! Anything with Laurie Halse Anderson as a comp is bound to be good! And now I'm really curious about The Absolute Value of -1. Definitely going to track that book down! :-)