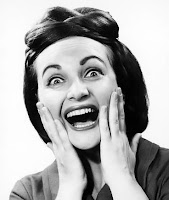 Celebrating Song of the Day: "Celebration" by Kool & The Gang

As some of you may have read on Twitter, it's true--I have an agent!! I'm still trying to wrap my head around the whole thing right now, and I'm still shaking even typing up this blog post. I know when I was in the querying trenches, one of the things that kept me going was reading other people's stories of finally nabbing an agent.
Don't worry, I won't bore you with flashbacks of how the very first story I ever told was my own version of Green Eggs and Ham (I do not like them, Pam, I am...). I won't tell you how I used to staple pages of stories together and hand them as gifts to my parents. I won't share how my idea of a perfect present was a brand new Lisa Frank notebook. 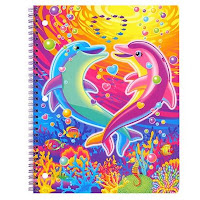 I won't even bug you about how my cousins (yes, including Quita) and I used to fill said Lisa Frank notebooks with different stories about growing up in the "hood," even though we were about as hard as marshmallows. Instead, I'll give you a timeline:
Early 2009--Had a dream starring Rosario Dawson and Joseph Gordon-Levitt that I thought would actually make a decent novel idea. However, I thought the concept was too challenging, so I stuck with screenplays and short stories.
Summer 2009--Actually wrote the first chapter of "the dream." Let Quita read it. We both thought it was pretty cool, but I put it on the back burner.
October 2009--Pitched "the dream" to an agent at a conference, who LOVED the concept. At the time, I saw it more as adult fiction, and so I wrote more of "the dream" (eventually titled Wants) geared for that audience. Queried an agent who I saw on the Guide to Literary Agents blog (which, PLEASE visit if you haven't already). Instead of being dismissive, she told me that I should consider writing the whole story as YA (the beginning chapters showed my characters in high school) because I had an authentic teen voice. I scratched my head.
Fall 2009--Researched every and anything YA, and realized I was in love. I started wondering where had Ellen Hopkins, Elizabeth Scott, and John Green been all of my life. I found the wonderful YA Highway and other awesome blogs devoted to YA. I reread most of the stories I submitted to my undergrad creative writing workshops and realized that they were, in fact, YA tales. I had finally found my place and there was no turning back.
March 2010--Completed Wants as a contemporary YA novel. Queried agents, including the one who suggested the change. The agent told me I still wasn't quite there, and gave me feedback on things that I could do for revisions. Based on all of the rejections, I knew that the agent was right.
March-Mid April 2010--Revised like crazy. I switched Wants from 3rd person to 1st person POV and made a TON of other changes. Then I started querying again.
Mid April 2010--Found out there was a new agent at Curtis Brown LTD named Sarah LaPolla. Looked her up, thought she was pretty cool, but considered holding off on querying her since I already sent out quite a bit. Then I saw this interview on YA Highway, and knew it was a sign. I queried her, and a few weeks later she requested the full.
Mid June 2010--Received feedback from Sarah. Said that she LOVED it, but the voices weren't distinctive yet. Said that she would love to see a revision whenever one was ready.
Rest of June 2010--Moped. Ate junk food. Moped some more.
July 2010--Started a new WIP. Attended the LA SCBWI conference where I made sure to attend workshops on voice.
Fall 2010--Kicked revisions into high gear. Queried more agents. Got lots of requests for fulls. Resent my shiny, revised version of Wants to Sarah on October 15th.
October--December 2010--Waited. Ate junk food. Waited some more. The requests were piling up. Had a few close calls.
Friday, December 10th, 2010--Got an email from Sarah apologizing for the wait and saying that she finally got a chance to read Wants and that she loved the revisions so far. Said that I would hear back from her by Monday. Panic ensued.
Monday, December 13th, 2010--Checked email frequently at work. After lunch, I check 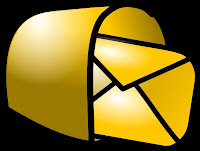 ed my phone on a whim and saw an email from Sarah. Tossed phone in desk drawer and ignored it for a few minutes out of sheer terror. Finally opened email and saw that Sarah only had concerns about my ending. If I was willing to revise it, she'd want to offer representation. Called mom and cried from joy. Emailed Quita and asked for her feedback, since she knew the story better than me at this point. She reminded me how we both had concerns about the ending, and that Sarah had given me great input before. Knew she was right.
Tuesday, December 14th, 2010--Spoke with Sarah on the phone and she was just as awesome as she is on Twitter and her blog. Plus, you could hear how much she adored Wants through the phone. Thought I would cry.
Friday, December 17th, 2010--Officially accepted representation from Sarah!!
There you have it. My journey isn't as long as others, but it definitely wasn't an overnight success! I just know I wouldn't have gotten this far without my family and all of you wonderful writers in the blog-o-sphere.
I know that having an agent doesn't mean the timeline ends. I'm nervous and excited and probably will eats loads more of junk food--but I know in my heart that Sarah's going to steer me in the right direction. :)
Posted by Pam Harris at 8:00 AM

Congratulations!! Such awesome news! What a great holiday present. :)

Congrats!!! Fell in love with the WANTS pitch on Operation Awesome's blog, and this is well deserved. *does happy dance for you*

Congrats Pam! That's really amazing! I was also signed from an R+R so I know how awesome it feels :)

Congratulations again. You're definitely in good hands with Sarah. The woman's editing brain is absolutely invaluable, not to mention that other stuff about enthusiasm, promotion, and professionalism. :)

This is so awesome. Congrats again!

Thanks so much ladies! I keep wanting to pinch myself. :)

Holy shit! I am so excited for you I want to cry!Been gone from blogging and reading blogs for a few weeks, but what a great post to read coming back! I will totally be first in line to buy your book WHEN it gets published! You are such an inspiration!

Congratulations, Pam! I'm so excited for you! It's always quite a journey up to and after finding an agent, but this is such a huge milestone! I am proud of you!

Congratulations, Pam!! SO EXCITED FOR YOU!!!!!!

This is such a great story -- all your hard work and perseverance paid off!

So excited for you -- and happy when an author I love pairs up with an agent I love!

Congrats again Pam!!! You are truly an inspiration! I think we are going to need to update the editor "about me" section on the Black Fox Website soon! ;)

Pam, thank you for this post. I especially appreciated hearing how Sarah worked with you on revisions and THEN offered representation. Nice to know that happens.

So happy for you Pam! You rock!

That is INCREDIBLE. I am so pleased for you! Congratulations! (gonna be a good xmas for you :D)

Congratulations! Such a beautiful, yummy (so much junk food) story! :)

Wow, I am utterly speechless. Thank you SO much for all of your warm regards. I heart you all! :)

Yay for you, Pam! As Feliza said, you are in the best of hands with Sarah! She is brilliant and dedicated and all around amazing. Welcome, agent-mate!!

Sorry I'm late to the party...Congratulations, Pam! Sarah is the best! Good luck with all of your next steps.

Congratulations! What wonderful, wonderful news! Sarah's always looked like an amazing agent, lucky you! There are happy dances going on in Australia for you!

Congratulations! I'm a newly agented YA author too! And yeah, the entire process is pretty frickin neurosis-inducing! My agent made me do a big round of edits before offering representation, but the book is totally the better for it. He's sending out the manuscript on submission to editors at the beginning of January. The only way i can deal with all the anxious waiting is just to try not to think about it! Good luck on your journey to publication!

How did I miss this?! CONGRATULATIONS!!!