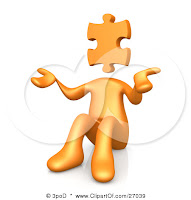 Querying Song of the Day: "Watered Down" by The Used

What Agents Want is a new series in which we will research what trends/topics agents are looking for right now. We'll give you information on the trend/topic and the agent that is looking for this specific type of project. The better to query with, my dears.
This week, we are gonna go into a territory that freaks me the BLEEP out. I HATE mermaids--they are the weirdest creatures EVER! And this creature that is featured here today is in the family of "sea people".

Ginger Clark (Curtis Brown, Ltd.) mentioned in an interview that she is looking for novels that feature supernatural creatures that are not overused. In her example of said creatures, she listed something called a selkie.
So, what the heck is a selkie? 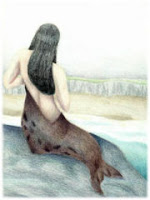 1.)They are creatures from Faroese, Irish, Icelandic, and Scottish mythology
2.) They can be referred to as a silkie, or selch
3.) They are a form of shapeshifters (they can be either male or female)
4.) They are seal/human creatures that can shed their seal/human skin when needed
5.) They are handsome/beautiful and seductive (aren't they all??)
Male selkies look for females who are unsatisfied with their romantic life (we can assume that female selkies do the same)
6.)They are supposed to be found on the Orkney and Shetland islands
7.) Selkie comes from selch/selk which is the Scottish word for seal
8.) Without their seal skin, selkies are stuck in their human form
What Kind of Legends/Stories Make the Rounds About Selkies?
* They are usually tragic romance tales where either the selkie lover is gone without a trace (and the human did not know they were a selkie), or the human lover hides or burns the selkies seal skin.
* Selkie females: They make good wives, but they long to return back to sea. They are usually staring at water and being miserable in their human lives.
* Selkie males: They are said to be responsible for problems at sea like shipwrecks and storms.
* Selkie and human lovers are only supposed to spend short bursts of time with each other before the selkie must return to sea. Then they can see each other again in seven years, unless the human gets a hold of the selkie's seal skin.
* If a woman wishes to see a male selkie, they need to cry seven tears in the sea.
* Some folklore says selkies are the tortured souls of drowned humans.
What Books Can I Read for Research?
Water Shaper by Laura Williams McCaffrey
Seven Tears Into the Sea by Terri Farley
A Kiss of Shadows by Laurell K. Hamilton
Finally, tell me about the agent who wants novels featuring selkies!


Once you write this awesometastic novel on selkies (or if you already have!) then query Ms. Clark with just your query letter and contact information. She prefers e-mailed queries which can be sent to: gc@cbltd.com She will respond only if interested in seeing more material.
Find more info on Ginger Clark here:
QueryTracker: Ginger Clark
Twitter: Ginger Clark
Curtis Brown, Litd: Ginger Clark
Find more info on selkies here:
Monstrpedia
The Selkie-Folk
A Home for Selkies
Mythical Creatures Guide: Selkies
Did you know about selkies before reading this post? Or better yet, have you already started a WIP featuring them??? Just researching this, we're getting a few ideas ourselves...
Posted by Marquita Hockaday at 8:00 AM

I've read several books with selkies in them through the years. I love the myths surrounding the creature. Awesome feature, ladies!

Great post but I have to admit I agree with you. . . the Selkie sounds really freaky LOL!!!

So if I cry eight tears into the sea, I have to try again? hehe.

I have always thought that selkie is such a fascinating species (creature?). It'd be lovely to read more of them in YA novels!

I love selkies! I wrote them into my fantasy romance series and I have a YA WIP that features a selkie as the male love interest. Maybe I should remove that WIP from the backburner and focus more on it. Thanks!

FYI, the LKH book doesn't cover a whole lot about the selkie. He's basically a plot device for the MC.

I love researching legends before I write, I really think it helps nail down not only the specifics of character but also plot.

MAGGIE has a few creatures that are inspired by selkies, so this is an encouraging post for me! Thanks, ladies!

About a year ago, I began a manuscript about mermaids, one that had been milling around in my head for awhile, because Ginger Clark was tweeting all over the place about how badly she wanted mermaid books. This went on for months. I was soundly rejected by her at the query level, and (though I had a few material requests), most of the agents who rejected specifically cited an oversaturation of mermaid books in the marketplace as the reason they felt mine wouldn't be competitive.

I don't know if it's a good idea to start projects based on trend predictions like this. It also seems a tiny bit contradictory--she's asking for books with unusual creatures, but something like this is almost sure to get more writers writing about them, which might make the whole thing look a little less unusual, come query time.

All that being said, I think selkies are awesome. I was a big fan of The Secret of Roan Inish as a kid.

Thanks for the comments, guys :)

We appreciate the insight that you have provided as well--Alicia, thanks for the heads up about the LKH book not being entirely based on selkies. It wasn't our intention to send the message that those books focus entirely on selkies--just that they are mentioned.

Phoebe--we are the LAST people who would tell anyone to write to a trend. We are merely trying to highlight things that we see agents requesting and offer any new information that we find in one cohesive place!

Hope the rest of you are finding this as something fun and helpful!

I always wondered what selkies were but never got around to looking them up. I love the idea of focusing on agents who are looking for particular stories, too. What a good (and helpful) idea!

I just wanted to come back and say that I think this series is a great idea. If I have a story that I'm ready to shop around,and you mention an agent that is asking for stories similar to it, I'm gonna jump up and down and submit to them.

Very interesting! I've never heard of that creature before! I wonder if the world of submissions is going to be full of selkies now! I like your blog! I'm a first time visitor (and fellow YA writer!).

Months ago I came across a post urging writers to research creatures outside of vampires, fairies, etc. There are so many different mythologies and cultures out there with a treasure trove of magical beings.

One of the greatest movies of all time was about selkies. I knew about them, but I'm also Irish and Scottish and Welsh and what have you, lol.

Awesome point, though, that is very cool. I'm going to enjoy this series! Rocko on, ladies!

Wow! I definitely did not know what a selkie was. Thanks for enlightening me! Quita, you know how mermaids freak you out? Yeah, I'm feeling the same way about selkies lol. :)