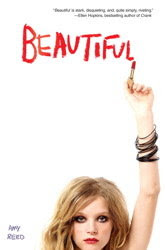 Workout Song of the Day: "She Loves Everybody" by Chester French


When Cassie moves from the tiny town where she has always lived to a suburb of Seattle, she is determined to leave her boring, good-girl existence behind. This is Cassie’s chance to stop being invisible and become the kind of girl who’s worth noticing.

Stepping into her new identity turns out to be easier than Cassie could have ever imagined...one moment, one choice, changes everything.

Cassie’s new existence both thrills and terrifies her. Swept into a world of illicit parties and social landmines, she sheds her virginity, embraces the numbness she feels from the drugs, and floats through it all, knowing that she is now called beautiful. She ignores the dangers of her fast-paced life…but she can’t sidestep the secrets and the cruelty.

Cassie is trapped in a swift downward spiral tinged with violence and abuse, and no one—not even the one person she thought she could trust—can help her now.


If I said that this book is haunting, it would be a complete understatement. I can understand why some adults may be appalled by the content of this novel, but I have worked as a middle school counselor for about 4 years. Questions about drug, sex, and many other taboo topics that I didn't think about at their age ARE the center of attention for many middle- and high-schoolers today. Cassie came from a small town where she was overweight, didn't have any friends, and was pretty much invisible. She decides that she will try anything to fit in and not fall into the same cycle at her new school. I see many middle school girls trying to recreate a new identity to be accepted, and if the parents are not involved, the results are usually heartbreaking.

I could not put this book down. While I was frustrated at first at how easily Cassie seemed to fall in with the "it" crowd, I eventually realized that her actions were authentic. Preteens and teens don't really think about the consequences of their actions--in fact, their brains are not equipped yet to weigh morality. So even though I found myself pissed at Cassie's choices, I also couldn't help empathizing with her. What young girl doesn't want the cutest guy in school to like her?

The only qualm that I had with this novel was how "rushed" the ending seemed to me, but I'm willing to push that aside because the story as a whole was so. Damn. Good. 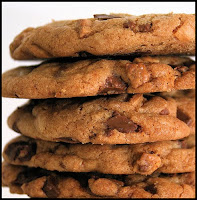 First off, hot damn those cookies look good! Second, this sounds like a great book and I think every parent, every adult who works with middle school and high school aged students should read it. I think this might help me understand my students better so, I will put it on my "To-Read" list. Great review!