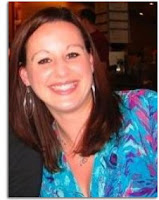 This past Saturday, I got to hang out with super agents Kathleen Ortiz and Suzie Townsend.


Okay, maybe we didn't actually "hang," but I did get to talk to them over Skype after winning Ortizzle's Epic Skype Contest! These ladies were so chill that they allowed me to go over my 12-minute time limit. Just look at how excited I was to speak with them: 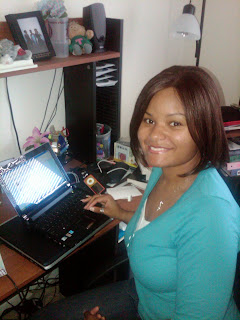 So, what did I learn from our fabulous conversation? Here are a few of the highlights:
On Point-of-View (POV):
Suzie feels that 1st person POV is easier to write, especially for YA. This POV allows writers to grab readers almost immediately by establishing a clear voice and gives readers a look inside of a character's head. She says there are successful YA novels that use 3rd person POV, but she recommends using 1st person if you're writing your first book.
Kathleen is not a fan of manuscripts that feature more than 2 POVs. She feels that more than 2 POVs makes it more difficult to distinguish voice, and that it's easier to connect with characters if there are fewer POVS.
On Re-querying:
Kathleen says not to re-query with the same project unless it has undergone a major revision, such as changing POVs. Even then, she recommends waiting about six months to a year before pitching the same project.
Suzie, on the other hand, doesn't mind if a writer queries her again with the same project. She even joked that if you revised the query and send it to her the next day after a rejection, she may consider it now. However, she recommends not to mention if she has rejected your last query.
On Conference Etiquette:
If you want to meet an agent (and not scheduled for an actual pitch session), Suzie recommends introducing yourself and engage in small-talk--allow the agent to get to know you as a person. Then wait for the agent to ask what you've been working on as a writer. If you signed up for a pitch session, she recommends writing it down and admitting if you're nervous. She shared a pitching experience she had as an 18-year-old writer in which an agent was so mean that she didn't even want to attend the rest of the conference sessions. However, she says that she does not see this type of behavior now, and to remember that agents are just people.
During a pitch, Kathleen suggests that you be be as concise as possible. Just make sure to mention your main character and his or her goal. Try to leave out as much back story as possible. Agents don't really care where you received the inspiration for the story; this is something they can find out once they consider offering representation.
On Historical YA:
Suzie and Kathleen both agree that this is a tough field because it's less commercial; teens care about what's going on RIGHT NOW. However, Suzie says that successful historical YA novels feature a hot romance, strong identification with the main character, and a commercial gimmick.
On Whether or Not They Google Prospective Clients:
Both Suzie and Kathleen gave me a resounding YES!
Kathleen says she doesn't Google possible clients as part of a background check. Instead, she just wants to see their online presence and assess their professionalism. For example, if she's considering signing someone for a picture book and they have nude photos online, that may be a problem!
Suzie says that the author-agent relationship is more than just professional, it's a commitment. We Google potential dates, so why can't we Google possible clients/agents? She wants to make sure you're not crazy, but she says a little crazy is kind of cool. :)
On Whether or Not Self-Publishing Affects Offering Representation:
Again, both ladies gave me a very passionate YES! They were quite vocal about this topic.
Kathleen says that editors want numbers. Selling 8,000 copies may be a lot for self-publishing, but looks bad in an editor's eyes. They don't want to hear: "Well, it was 8,000 because it was self-published." All they care about are the figures. Additionally, if you choose to self-publish, YOU are paying for your books and it should be the other way around.
Suzie says that self-publishing tells an agent that you're impatient because you didn't wait for the submission process. She feels the two most important qualities you can have as a writer is patience and persistence (cool--that's what my future tattoo is based on!). She adds that self-publishing may work for non-fiction, but fiction writers should put in the work and consider getting an agent. If the first manuscript doesn't nab you one, then shelve it and try with the next. She also adds that one of her boss's client was quite successful with fiction self-publishing, but it took a huge marketing effort. She says that this story is an exception.
As you can see, both ladies were honest and gave me tons of advice. My hand was flying while taking notes so I could make sure I could give you all a full report! If you have a polished manuscript that's ready to go, I would definitely recommend sending a query to both. Their clients are absolutely lucky!
Posted by Pam Harris at 10:38 AM

wow. so awesome! and congrats on winning!!

your summaries are excellent!

Pam, thank you for being a kind soul and sharing this! :)

Wow...this is awesome Pam...and what an opportunity for you! Congrats on getting some one-on-one time with the industry...hopefully we all can take what they said and run with it!

This is too cool :) I am glad that you got my question in there about historical YA- I will definitely try to cater mine to the pointers that they gave. The conference question was really smart too- we are gonna need to remember that for the SCBWI conference in July. BTW- who took that lovely picture of you? The lighting is outstanding ;)

Very cool! Thanks for sharing!

Ooo, this was awesome. Glad it went so well and thank you so much for sharing! :)

This is so great, Pam! You look so excited in the picture. I bet that was an amazing experience! Were you nervous at all?

What wonderful and detailed notes you took. You are totally motivating me to start writing again!

I like that you are incorporating more personal pictures! It always brings the blogger that much closer to their followers.

And is that a netbook sitting on top of a laptop I see? Way to stay on task!

Thank you for sharing your experience with us! Suzie's view on PoV, in particular, is very helpful to me, since I'm writing in third person. :)

Congratulations, Pam! You asked such wonderful questions, and your notes are very informative. Thanks for sharing this w/ us. Great Job!!! Tory

Awesome! Thanks for sharing :)
And congrats on winning!

Hello ladies. Thanks so much for your feedback. I hope that I would do you all justice. :)

Sandy, I loved getting their perspective on POVs, too, since I recently converted my YA manuscript from 3rd to 1st person (and like it ten times better!).

Abby, I was so nervous! I was sweating in areas that I didn't know existed! But they put me at ease right at the beginning.

Melanie, yes I did have my netbook on top of my laptop. I'm just cool like that. :)

And Quita, I think my photographer was a little shoddy. I'm totally firing her. :p

Excellent stuff, Pam! Thanks for sharing it with all of us!