Writing Song of the Day: "A Beautiful Mess" by Jason Mraz

Today we welcome Susan Dennard, author of the 2012 debut,  Something Strange & Deadly.  This week the WOA girls are all promoting this awesome debut novel. And of course, giving YOU a chance to read the novel before it's release date. So, read on and find out about Susan's writing process!

Initially, I spew out complete and utter drivel, my fingers flying over the keyboard faster than my brain can even process. And then, after about 3-4 weeks of this, I crash. I’m usually halfway or three quarters of the way finished with the first draft when I  hit this metldown-point, and I’ve usually just reached the notorious MY-BOOK-IS-TOTAL-CRAP stage.

Next step? Despair. Cue Bridget Jones singing “All By Myself”.

Yep. Sounds silly, but it’s true. I spend the next few days alternating between despair (This book is so, so, so bad needs a complete rewrite. WAAAAAH!) and determination (A rewrite never killed anyone, right? You can do it, Sooz! YOU CAN DO IT.).

Ultimately, determination wins (helped along iby its close frenemy: The Deadline). I print out the whole book, get my writing tools out, and then read the ENTIRE thing in one sitting. Actually, if you want a detailed look at how I revise, you can head here.

This reading/planning stage usually takes a few days. Once I’ve got the Book I Actually Wrote solidly analyzed and thePerfect Book (a.k.a. the Story I Actually Want To Tell) all figured out, I dig into rewriting.

For example, when I was writing the sequel to Something Strange & Deadly (titled A Darkness Strange & Lovely), I wrote the first two thirds of the book in 3 weeks. I spent the next few weeks revising (and researching in Paris!)...and then I reached the end of my revised two thirds and stopped again. I revised those first two thirds AGAIN...only to peter out and stop AGAIN.

My problem was that I had no idea how to get my character from Point A to Point B. I'd sold the book based on a synopsis, and it was easy enough to say, "Eleanor goes with the Spirit-Hunters into the Parisian catacombs." But actually GETTING her there? Actually giving her a plausible reason to take that as the next step--and more importantly, to have her do so while keeping the tension and excitement high?

Cue Bridget Jones singing "All By Myself".

As I said here, I rewrote the beginning a few times...then revised it...then attempted an ending (that was TERRIBLE)...and then re-wrote said ending two more times.
Finally--FINALLY--I settled on an ending that was The One. It came out in a flurry of words that were mostly usable since I finally KNEW what needed to happen --since I was finally writing the Perfect Book.

I turned in A Darkness Strange & Lovely on December 15--a little less than 5 months after starting.  It went through two critique partners and my agent before I handed it over to my editor, and by golly, I'm PROUD of what I wrote!

The moral of the story is that ultimately, my “writing” process involves a heck of a lot of “rewriting” because I'm not a particularly good writer...but boy am I one helluva a good REwriter. ;)

So don't despair when your own writing seems bad--you can always, ALWAYS revise it to perfection. DREAM BIG AND NEVER GIVE UP! 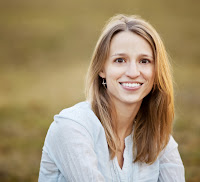 Susan is a reader, writer, lover of animals, and eater of cookies. She used to be a marine biologist, but now she writes novels. And not novels about fish either, but novels about kick-butt heroines and swoon-worthy rogues (she really likes swoon-worthy rogues). She lives in Germany with her French husband and Irish setter, and you can learn more about her crazy thoughts and crippling cookie-addiction on twitter, facebook, or Goodreads. Her debut, Something Strange and Deadly, will be available from HarperCollins in July of 2012, and you will never believe how happy this makes her!


AND here's an interview Kat had with Susan about what happens AFTER you get published.


Tomorrow's your last chance! Be sure to check out Alicia's blog for her post and to enter for your turn with this amazing ARC :D AND of course, don't forget to sign up below!!!


a Rafflecopter giveaway
Posted by Marquita Hockaday at 8:00 AM

Your writing process sounds a lot like mine, Sooz! Mine tends to go like this: Vomit onto paper, hold back the tears when I read the finished product, then revise revise revise until it's perfect. I love getting these little glimpses into the writing habits of other writers. It's so true that writing is all in the rewriting.

(Also, I totally want to watch Bridget Jones now. That's one of my favorite movies ever and it's been far too long.)

LMAO at the singing All By Myself part. :)

What a gorgeous cover! I'd def read this one.

Susan, THANK YOU. I can't tell you the times I've felt terrible and uninspired because what I write is...well...crap. I write a page or two, read it, and find myself trying to edit that to perfection. Perhaps I'll adopt a similar writing process...and forget that I'm writing crap. Sometimes, getting it on paper the first time is the hardest thing! And I'm sooo excited to read Something Strange and Deadly.

Quita & Pam: Thank you so, so, SO much for sharing my guest post with the world and spreading the word about the ARC tour. I am EVER grateful to you both. <3 <3

@Meredith: Bridget Jones always makes me feel a bazillion times better about myself. I <3 that movie so hardcore.

@Cassie: You are SO welcome! Jeez, I've written so much CRAP that had to be deleted...but the key is to just power through that first draft. Wait to revise--I promise, it's easier if you do. :)

Great post. I'm off to check out Susan's posts on revising because I'm in the middle of that right now for my WIP and welcome all advice. :) Looking forward to reading Susan's book!

Thanks for the giveaway! Great interview. I think Susan gives awesome advice!

The revising process would probably undo me. It just sounds so daunting. Glad you're doing it though. Thanks for the great interview!

Whenever I get stuck in that "why do all of my words suckkkkkkk" phase, it seriously feels like Susan's blog posts are the things that snap me out of it. From an outsider's perspective it always seems like she's got such a clear-headed way of looking at the problems. This was such a great interview; it's definitely motivated me to try and eke out some writing =)

This is great, guys-- thanks so much for this inspiring post. Rewriting is SO important, and I love Susan showing us that writing isn't "magic"-- it's hard work.